For the chance to see your latino hero live in action on Thursday 1st September 2022 get some tickets right away! They're already flying and fans are rushing to buy before they sell out as expected! Bad Bunny is renowned for his relentless work as a live artist as well as his smash hit and multiple platinum records…..it takes quite the star to be able to perform as well live as you can on record and bad bunny has that special skill! His energy LIVE is incredible! Head along to the famous Minute Maid Park for the Huston, TX leg of the "Worlds hottest tour". Grab your tickets now by selecting the 'get tickets' link above. 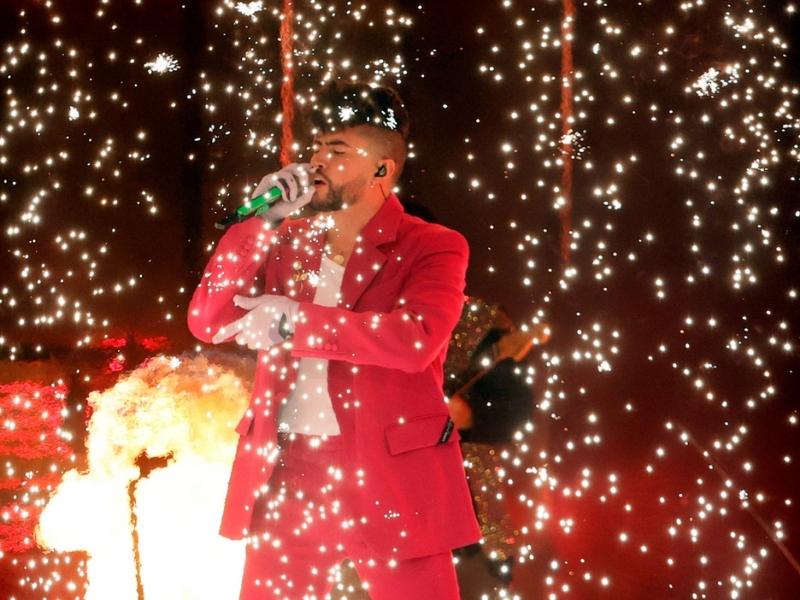 Bad bunny has risen to significant prominence over the past few years, its hard to remember a time when he wasn't such a huge household name and everywhere you seem to turn! Back in 2014 he was working in a store to put himself through university while writing beats for Soundcloud, fast forward to 2016 and he's signed to a label, making his way into the mainstream and now? Well he's considered the biggest latin rap star around, has multiple platinum records, has worked with music royalty and is living like a king, this boy from humble beginnings has got life on lock, but isn't afraid to do his bit when needed! Bad bunny is considered a humanitarian and activist, after his charitable work and setting up his own foundation for disadvantages kids in his country Puerto Rico as well as using his fame as a platform and voice for important cultural, social and environmental issues, a noble star if you will!

Bad bunny has also been an advocate for the LGBTQ community and has spent a lot of time being a voice for the marginalised, especially in Puerto Rico, educating fans and creating more open and accepting minds everywhere he goes! What a guy! Fans cant get enough and his relentless touring is a reflection of yet more hard work on his part, he is renowned for his work as a live act, and is said to be one of the best live rap performers in the industry. If you are yet to witness the bunny live, what are you waiting for? Tickets are on sale now, the Huston, TX stop will take place at the excellent Minute Maid Park on Thursday 1st September 2022, click 'get tickets' now to secure yours!